From the Pit of Despair to Living Again 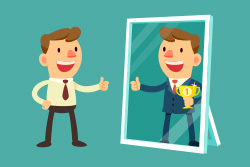 Being sober for over a year, I’d like to write about what it was like for me, what my year looked like, and how things are now.

At age 9 I was being contacted by and contacting older men on a children’s game site. I had no idea what I was doing, I just kept doing it.

At age 11 I was sneaking downstairs once my family was asleep to watch the X-rated channels on TV. Already then, I was lying and living a life of dishonesty to do what I wanted. I spun myself into webs of lies that I started believing – not knowing what was truth and what was false.

Through my school years, I would spend my nights on chatrooms and pornography sites. And I kept getting worse. I was depressed, lonely, so full of anger and resentment, I was hurting on such a deep level.

I’d been in and out of the 12-step meeting rooms for about a year before I took the program seriously. It was only when I started really doing the work that things started changing. I had always tried to help myself, but I wasn’t 100% willing, and I did not admit I was powerless over this addiction. When I did, that’s when the healing began.

Working with my current sponsor has been an absolute blessing (even though there were times I thought it was a curse!). The first huge jump I made was I became willing to do whatever it takes to stay sober…I spent many Sunday’s doing step work, not watching certain movies and TV shows. Filters all round… and loads more. I have surrendered the right to do things my friends can do so easily.

One day at a time – I felt inside me that I could never do this, long-term. It was too much hard work, too painful, I didn’t see any results, just test after test after test. Even ‘one day at a time’ didn’t work for me. I had to break it down to one hour, half an hour, and 15 minutes. I would check in with my sponsor after the most boring of tasks… I made a commitment to the sobriety definition, but every day, sometimes multiple times a day, I had to reaffirm and recommit myself.

The emotions – I wasn’t used to feeling anything. If times were tough – I’d act out, if times were great- I’d act out. Everything was an excuse to act out. But this past year, it’s been different. I have never cried as much as I have this year, and I’m not afraid of myself too. I’ll call my sponsor crying so hard I can’t even talk. But she, together with my therapist, taught me and remind me that feelings are ok. What’s not ok is to numb the pain, or to pretend nothing fazes me, because that’s what ends up leading to acting out. I’ve learnt that I’m human. I get hurt. I get angry. I get happy. And it’s all ok. I had to learn how to be a human being again. This meant taking responsibility. My sponsor helped me through tasks I simply wasn’t capable of doing alone. Folding laundry. Making my bed. Applying for a job. I used to relate to everyone on a basis of “How can they serve me? What can I get out of them?” And eventually, I was left with nobody in my life. This year has included letting some people in, and building for myself a support network so that I need never be alone again.

I learnt to do the right actions regardless if I feel like it or not. Many times I would know what I SHOULD be doing next but I just didn’t WANT to. Well, I’ve been doing everything I WANTED to do my whole life and look where that brought me to… It’s time I realized that part of recovery is taking the right actions. Very often I knew exactly what they were, I just never wanted to admit I did… And when I didn’t know what to do next, well then it was time to listen to instructions from my sponsor. My best thinking brought me into these rooms, so there’s no way in hell my thinking is going to get me out of the rut I’m in. I worked through the steps, and even when I was procrastinating, I was working on the reasons why, and how to get back into the game. I’ve learnt in a real way that all I have to do is do the work, and God will sort the rest out. Even now, when I’m doing resentment work regarding a colleague of mine, I wrote out what she does that makes me so mad, and I was able to interact with her like a human being for the first time since I’ve been working with her. I believe that’s because I did my part, my work, and the rest will take care of itself.

Working the steps is the most important facet. As I’ve heard before- there is no recovery before working the steps. I did have to wait 2 months before even starting because I first had to practice living sober, but once I started, I didn’t look back. Working those steps has given me freedom in so many other areas of my life. The past few months I’ve apologized to people I haven’t seen in years, and true to the Big Book’s promise: “More of that dreadful load of guilt fades away”.

Working those steps has given me freedom in so many other areas of my life.

I know that my recovery needs to be my #1 priority. I wake up and get down on my knees asking God for a day free from the obsession of lust, a day where I can be of service to Him and do His Will for me. I live a life of rigorous honesty, bringing up resentments, fears, and selfish behaviors as they come up. I speak to my sponsor every night. I speak to women in the fellowship, sometimes sharing what’s worked for me. I do not make any rash decisions without consulting my sponsor first. I can look people in the eye because I’m not hiding behind a self-constructed mask. I often still fall into self-pity and self-hate, but I don’t need to run to act out because of it. I still get waves where I feel like “If I cannot act out, I’d rather not be alive” but at the end of the day, I do what needs to be done to stay sober. I admit my slips straight away, and then put relevant boundaries in place so that it shouldn’t happen again. I have a relationship with each member of my family, with whom I am making living amends.

I came into this program because I was acting out multiple times a day. But today I have a job that I love – affecting and touching the lives of children. Teaching something I am so passionate about. I have the capacity to care for them, to treat people in a loving and kind way. I admit my mistakes. I ask for help.

Life isn’t perfect, but thank God it’s not what it used to be. I really feel like I’m living the promises of the Big Book.

Thank you to my sponsor for putting up with absolutely everything, all the time- the hours you’ve spent listening and advising me, I don’t have enough words to explain how grateful I am for you in my life. And thanks to those of you in the rooms – you all have welcomed me, made me feel accepted, and treated me with respect that I have never received before. You’re teaching me how to live. And lastly, thank you to my Higher Power whom I have come to believe in, have a relationship with, and Whom I trust loves me for everything that I am, and everything I’m not. Thank you for bringing me to where I am today.