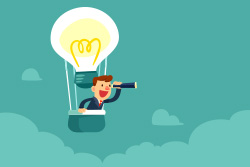 I recently celebrated a year of sobriety, which gave me a chance to look back and see that I really have made some progress.

I have actually been on the road to recovery for about three years. I started as an active member on a recovery forum. That helped but, for me, it wasn’t enough.

Then I joined a 12-step phone conference. That helped a lot more, but I fell after a seven-month clean streak, twice. I realized the long-distance support wasn’t strong enough for me. I needed face-to-face support, so I joined a live 12-step meeting just over a year ago. I also used to suffer from terrible mood swings–sometimes I would be flying in the clouds, and at other times I’d feel like I was trudging through hell (neither of which is healthy). Thanks to recovery, these mood swings are less frequent, and less extreme. A really serious resentment which used to linger for weeks or months and wreak havoc all the while, now, with the tools of recovery, is usually gone in less than twelve hours. I can sometimes get rid of lesser resentments on the spot.

For example, I went to the hospital a few weeks ago and had an unpleasant encounter with the guard at the door. I was in the hospital for a few hours and when I left, the same guard was still there. I went over to him and made a quick amends, “Sorry for the misunderstanding.” He responded, “You’re alright! You’re alright!”.

It’s not only that the negative aspects of my life are starting to go away, but I see that positive things are starting to happen, too. I have been working as a freelancer for about ten years, which means I’ve basically been wasting a lot of time on the computer and not earning any money. I just recently got a regular job with regular work that pays. I’ll admit it’s not the greatest job in the world, but it’s finally a step in the right direction after having traveled in the wrong direction for most of my life. I’m finally being responsible and mature. A big part of it was just going through the motions, though I felt stupid doing them. I would call people to say that I’m having a lust attack, or even just call to say hello. I called enough people often enough that people would start calling me, too. On a number of occasions I was sitting at the computer determined to look at pornography. I didn’t want to give it up, and I didn’t want to call anyone about it. But, just at that moment, someone called me. I didn’t have enough sanity to call them for help, but I still had enough sanity to pick up the phone and admit that I needed help. They instructed me, “Get away from the computer. Get out of the house and go for a walk.” I listened, and I wouldn’t have a year’s sobriety today without that. On one hand it was a miracle they called just when I needed it, but on the other hand such calls have become a regular part of life for me.

For me, the most important phrase I learned in recovery is, “increase your awareness of your perceptions and motives.” When I joined the 12-step phone conferences the moderator had said, “if this is the only thing you learn in the program, it’s worth it.” At first I became more aware of triggers, “I’m aimlessly searching the net, so if I keep at this I’ll be searching for porn pretty soon.” Later, I started to become aware of my negative feelings which compel me to act out–mostly fears and resentments. Through the tools of the program, I learned to deal with them instead of letting them fester. As time went on, I started to notice restlessness, irritability, discontent, and more subtle feelings. Now when I just feel somewhat unpleasant, I know something is wrong; I know I’ve got to write about it and share it with someone.

I’ll say that, at first, I wanted to tell everyone in the group about my problems, and then I wanted them to tell me answers. But I’ve come to realize that sharing, just plain sharing, is a big part of the solution.

I’ve come to realize that sharing, just plain sharing, is a big part of the solution.

It is new for me to open up and relate to people as human beings, to be able to share emotions rather than just exploit information.

As I become more aware of my perceptions and motives, I recognize that I am as powerless over anger as much as I am over porn. I have begun to surrender this, too, and life has only gotten better as a result. I see this, especially, with my children. I am able to answer their questions and be helpful to them–even though they are interrupting me in the middle of work. I can put my three-year-old to bed and, although it may take a half-hour or more, and although he may scream and cry all the while, and although I may have planned to do other things, I no longer resort to yelling or other such measures. I can remain calm and gently rock him, and even sing to him. Thanks to the tools of recovery, I am becoming the type of father that I had always hoped to be.