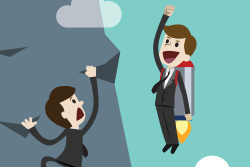 I had an impressive music collection at home, and Josh asked me to load some songs onto his new iPod. Inquisitive adolescent that I was, I quickly realized that the device had Internet connectivity, and I wasted no time in punching in words I knew little about, just enough to be curious about what they were. What I discovered shocked me — and made me crave more.

After that first foray into the online netherworld, I made it my business to get my hands on Josh’s iPod as often as I could. “Hey, Josh, I have a new album for you,” I’d say. Josh would happily relinquish his device for the night so that I could load the latest music onto it, while loading my formerly innocent young mind with unimaginable filth.

From Josh’s iPod I quickly moved to my home computer. My parents had a password on this computer, which I didn’t know, but I could easily get my mother to enter the password, by telling her that I needed to type up a project for school, or that I wanted to play a game on the computer. She never suspected that I was using the Internet, much less that I was going to inappropriate sites. Even had she bothered checking the computer’s Internet history — which I doubt she ever did — she wouldn’t have known I was online, because I always made sure to erase the browser’s history before finishing my “project” or “game.”

My 12th-grade teacher was amazing. He made an effort to connect with each of his students and help them work through whatever personal issues they were facing. After talking to me a few times, he realized that I was having communication issues with my parents — I was locking myself in my room frequently, and isolating myself emotionally from my family. Whenever possible, I would go to friends’ houses, even eating meals away from home as often as I could.

Years of keeping secrets from my parents had driven a wedge between me and them, and they had no idea why I had become so withdrawn. In response to my antisocial behavior, my father would get angry with me, and my mother would become sad and helpless, but they couldn’t get through to me. How could they, if they had no idea what a tortured existence I was living?

A year later, as I was starting college, I had enough. “God,” I cried, “this has to stop! I can’t take it anymore!”

I walked into my first meeting with reprehension, but was instantly taken in by the warmth I felt there. In addition, I met people who had been through worse situations than me and that helped me in two ways: (1) I felt more grateful for what I did have and (2) I saw that, “hey, if these guys can do it, there’s no reason why I can’t do it too”.

I really feel I have a plan that is working, and for the first time in my life I am experiencing a real inner peace.

The 12-step group helped me learn tools to overcome the obsession. Finally, I had group support and was learning tools to live and think differently. The program also helped me to become more understanding of my parents. I learned to focus on all the good they had done for me over the years: paying my tuition, providing me with ample food and clothing, and, above all, showering me with love.

It’s been a year since my first 12-step program meeting, and although I still have slips from time to time, I feel that the obsession has significantly weakened its grip on me. I really feel I have a plan that is working, and for the first time in my life I am experiencing a real inner peace.