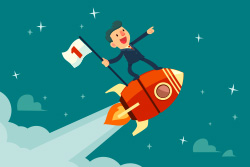 Once I’d finished, I would get angry with myself for doing it. I was ashamed – for cheating on my wife, and for myself.

I had heard about the 12-steps and addiction, but I was in such denial that I always told myself: “I’m not like these people. If I wanted, I could stop today.” I had a thousand excuses why I kept doing it. I simply didn’t understand that I was just running away from myself. All of the “using” was just a disconnect from real life. Every time I promised myself that I would never go back, yet I’d be back there a day later. I felt miserable.

Finally I joined a 12-step telephone support group and heard a share from an experienced member who was clean for several years. Amongst other things, he shared that only moments after feeling inspired and being sure he would never do it again, he would fall and be pulled back into his obsession. The ‘double-life’ simply killed him. I felt that he was telling my story and I began to cry.

I listened to the shares for a few weeks but I still thought that I could do it on my own.

Until one day, after a few falls, I finally broke and ‘hit bottom’ to some extent. I picked up the phone to the 12-step hotline and the miracle began. The person I spoke to helped me realize that these desires were like drugs for me. And he claimed that there was a solution in the 12-step program. But I still wasn’t sure.

He suggested that I go to an annual 12-step convention to see if it was for me. I got there and couldn’t believe my eyes. There were two close friends there, whom I had known since my childhood. There were also well-known personalities, lawyers and psychologists. I was relieved though, that everyone there was in the same boat. But I was still shocked when the familiar friends and well respected people came up to me at the convention and shared the powerlessness they felt over this addiction.

The issues that I had kept bottled up inside me and struggled with for so long on my own… at last, here were others who understood me. The honesty and openness was contagious. I felt I had finally come home.

After the convention, I began to go to live 12-step groups. Since then, I am fortunate to have received the gift of sobriety, and the gift of friends who are always ready to answer the phone, accept me and understand me. I also have a wife who loves and supports me in my recovery, even though she knew nothing about all this beforehand.

Today is a year and 193 days that I have been clean, with the help of the 12-steps and the group support. I feel like I got back my life.

I hope that others who suffer from this will be able to find the solution and get the help they need.